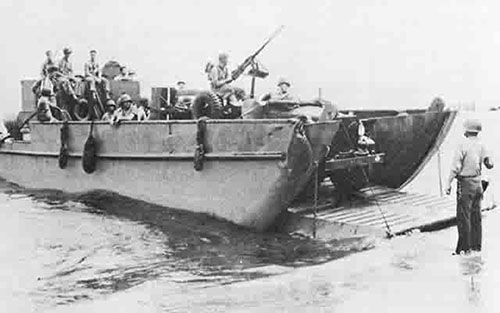 These two sites are considered part of a single event due to their both being formed by the deposition of specific and identical landing craft. The landing craft are rectangular in shape due to their flat-bottom construction, vertical sides and stern, and vertical door at their bow. Each was intact and did not exhibit any significant damage; however, there were no vehicles in their bays. Some debris was found around each landing craft, along with some material between them, that could be associated with the vehicles they carried or other material from the operation.