There were very few anomalies with potential to be archaeological remains in either bay and only a few were investigated in order to ascertain the bottom conditions. ROV operations were also conducted near Risan along the eastern shore where amphora fragments were reported. Several amphora fragments and a possible whole amphora was located in the area, but no other finds were made in a wider search. From the bottom conditions observed, it is clear that a large amount of sediment has buried ancient finds, and what has not been buried has been taken by the many years of looting in the bays. Likewise, the multibeam data showed no evidence of architecture above the surface in the area where the ancient city of Risan purportedly sank into the bay. If it did so, then heavy sedimentation has long covered any remains; or they have been constructed over when the new dock at Risan was completed. 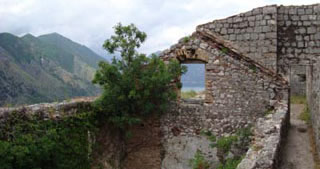