An intact and apparently undisturbed amphora mound was located east of Cesan Island; its position within the military protection zone assuredly accounts for the undisturbed nature of the site. All of the observed amphoras were of type Lamboglia 2. At least four layers of amphoras are visible and the upright rim-handle portions protruding from the sand indicate the site extends at least another meter into the soft sea bed. Given the nature of the seabed, it is probable that the wreck continues more than a meter into the sediment and that there is a significant amount of hull remains preserved beneath the cargo. 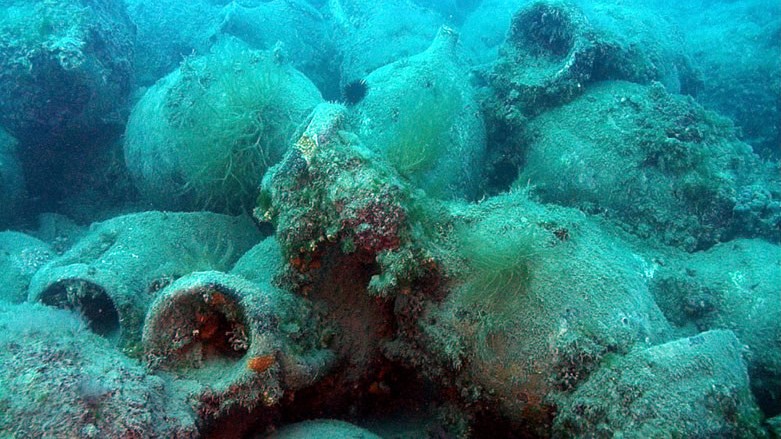 Four artifacts were raised for analysis from the wrecksite: The form of the amphoras indicates a likely date at the beginning of the 1st century BCE. Many amphoras were observed with a molded stopper, like the one recovered, in place; hence, there is the possibility for successful future DNA analysis of content remains. 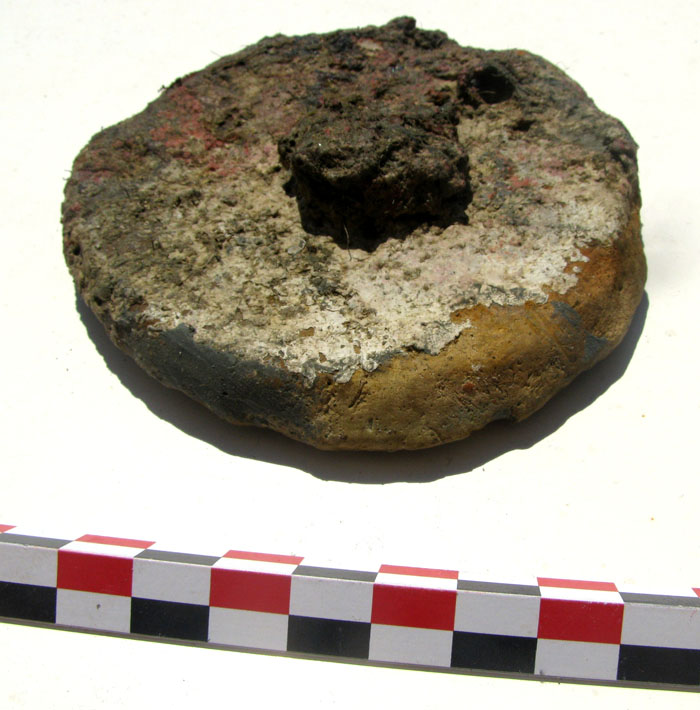